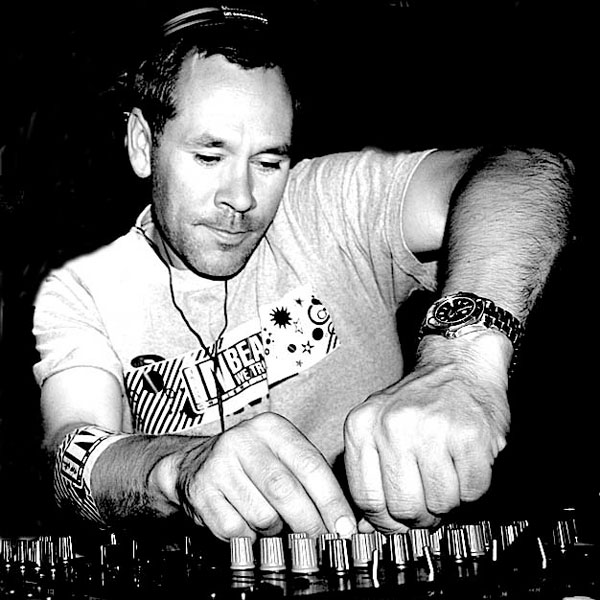 Justin Rushmore has been DJing since the birth of dance music: an early pioneer of an entire scene and joint instigator of Finger Lickin’ Records, Justin took his first breakbeat steps with DJ and studio partner Jem Panufnik. The duo set up the world famous, multi award winning label in the late nineties and together, under the guise of Soul of Man, have recorded over 50 releases, sold well in excess of 100,000 records and remixed artists including Dub Pistols, Fluke, Dreadzone, Doug Lazy, James Taylor Quartet and many, many others….  Soul of Man have also mixed highly acclaimed compilations for React; D’Istinctive’s Y4K series and all six in-house Finger Lickin’ Thang compilations, and for over ten years have performed their explosive sets in clubs and festivals the world over.

With Jem now dedicating his time to his Jem Stone gigs and studio projects, it is now up to Justin to fly the Soul of Man DJ flag. With awesome, energetic sets loaded with funk fuelled techno, electro and house all with a backbone of breaks, Justin has truly earned his reputation as an outstanding DJ. Throughout 2009 the demand for Soul of Man in clubs and festivals worldwide took him to Ibiza, London’s Matter, Amsterdam, St.Petersburg, Budapest, Snowbombing (live for Radio 1); Isle of Wight festival, The Glade, Glastonbury, Camp Bestival, Kazantip festival Ukraine; a tour of Canada and no less than three trips to the USA culminating at headlining a 3,000 strong new years day event in San Francisco. His Essential mix on Radio One was inundated with overwhelming support, he has hosted shows on Kiss FM and Ministry of Sound Radio; performed countless guest mixes on Annie Nightingale’s Radio One show as well as a mini mix for Annie Mac.

Currently he has been working under the guise of Rushmore & Fiasco as well as having remixed ‘And The Beat Goes On’ for Cubrik Records under the moniker of Funk L’Amour. Expect a barrage of funk fuelled, bass driven beats and basslines as Rushmore delivers once again for the coming years.