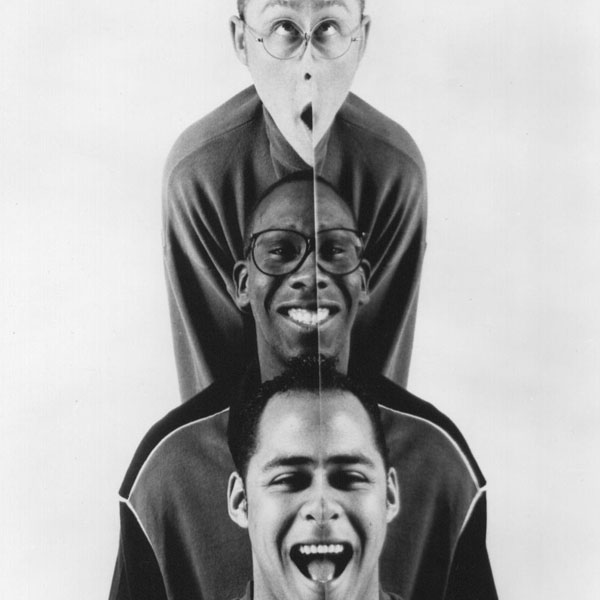 Rayan Gee, Nick Slater and Lanx met when they were very, VERY young and started off producing music to play out in their hometown of Peterborough, UK.

Things soon changed when multiple tracks from their self pressed album ‘Frequency’ took hold of the emerging Rave scene; Homicide, Exorcist, Sweet Sensation, Sound of Eden and title track Frequency not only changed the lives of these three young producers, but also the lives of thousands of people around the globe… and thus began the success of Shades.

Shades of Rhythm were thrown into a rave whirlwind and played alongside groundbreaking artists The Prodigy, N-joi and K-Klass at raves and clubs such as Raindance, Fantazia, The Astoria and The Haçienda.

The band were soon snapped up by the Warner Brothers imprint, ZTT and found themselves the subject of every magazine, TV show, DJ and clubber throughout the world. A constant stream of LIVE shows continued and Shades of Rhythm were soon entering the Top 20 of the UK National charts and appearing on Top of the Pops on BBC 1.

Fast-forward to 2020 and the Shades are still very much at the top of their game headlining bills on the oldskool circuit for Fantazia & Raindance and performing at award-winning festivals such as Arcadia stage at Glastonbury alongside Carl Cox and Heidi, Boomtown Fair and Slammin Vinyl’s festival Tranzmission.

Rooted in dance culture, continually performing to masses in the present and to keep those people dancing in the future, we bring you Shades Of Rhythm.