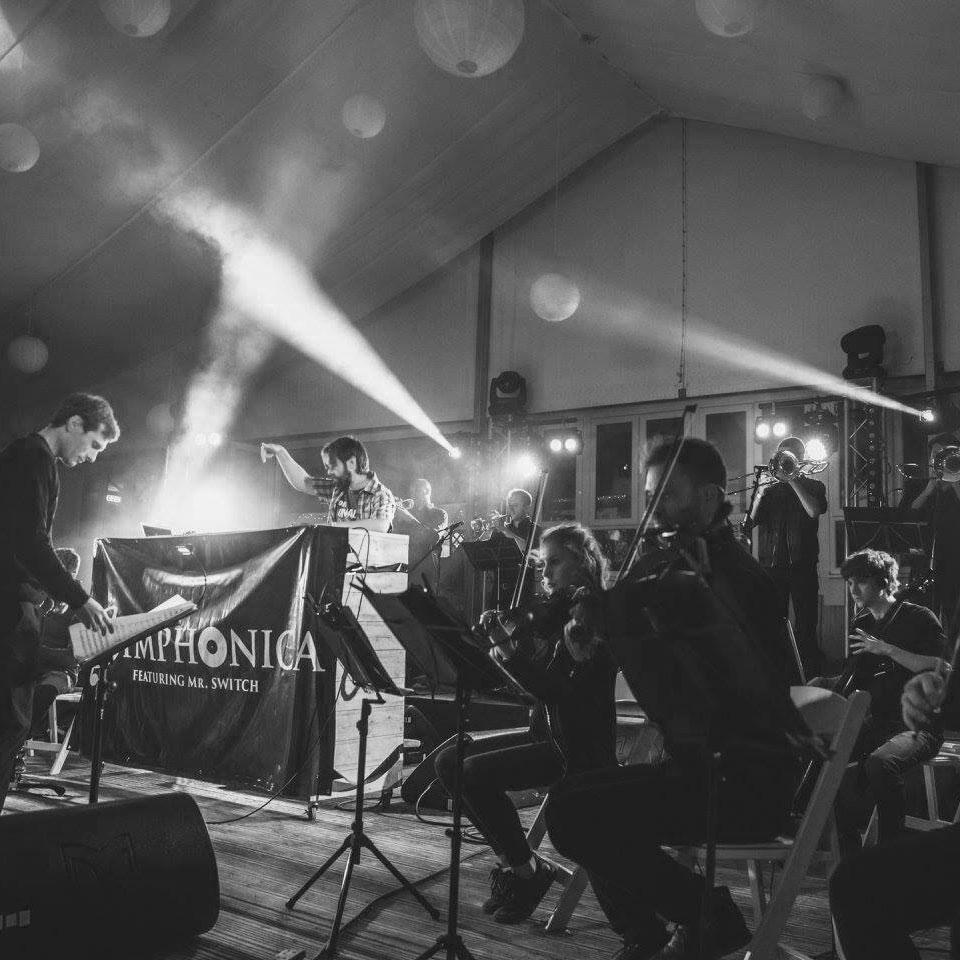 Symphonica is a fresh & brand new project, which fuses together two different worlds: the raw power & soul of the orchestra, and the heavy bass & beats of the DJ!

Over the course of an hour, expect to hear a mixture of brand new compositions – which pit string sections against scratch skills, double bass against synth bass – and some classic tracks, played as you’ve never heard them played before – by a whole Orchestra!

You couldn’t just have any DJ at the head of this project, It had to be Mr Switch – World DJ Champion, the reigning DMC World DJ Champion. Having already cut his teeth alongside orchestras – as the first DJ in history to play in a classical concert at the BBC Proms – this time, alongside composer Miles Hancock, Mr Switch employs his expert knowledge of turntablist trickery and dancefloor destroying beats to remix the orchestra live, giving a foot-friendly twist to classical sounds. The possibilities are endless!

After premiering at Boomtown Festival in 2015, Symphonica & Mr Switch have toured venues and festivals across the UK, including Glastonbury Festival, Village Underground, Shambala Festival, NEC Arena, Victorious Festival. The band have also headlined festivals like London Remixed Festival and The Great Estate, sharing stages with fellow party-starters like Krafty Kuts, DJ Jazzy Jeff, Sam Divine, Shlomo, Hackney Colliery Band and Dutty Moonshine along the way. In 2016, Symphonica & Mr Switch were nominated for ‘Live Act Of The Year’ at the AIF Festival Congress Awards, alongside Jack Garrett and Blossoms.