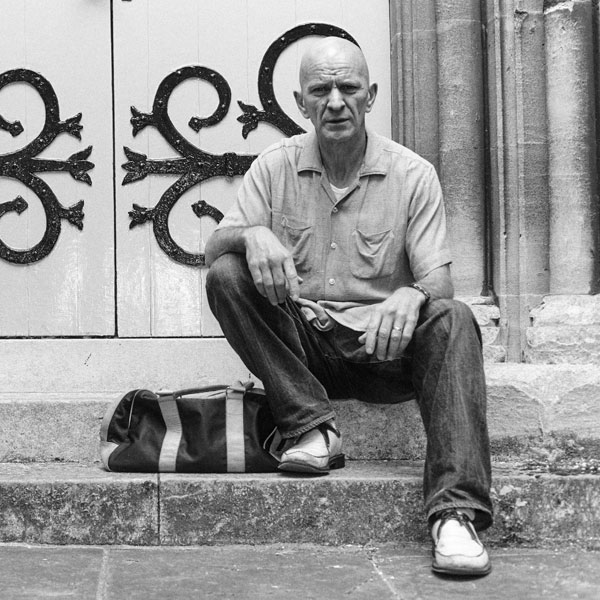 In the early eighties he was voted the world’s number one northern soul DJ. Many of today’s classics started life as Keb Darge discoveries. In the early nineties he invented the Deep Funk scene which soon became a worldwide phenomenon. Again he led the way by discovering killer 45’s that nobody had heard of before. In the early two thousands he opened his “Lost and Found” night, which brought unknown fifties R&B, Rockabilly, Surf, and Northern Soul to the general public, and has since been copied worldwide.

Keb has been traveling the world as a DJ for a good thirty years. This year so far he has played to packed clubs in Shanghai, Tokyo, Osaka, Sapporo, Kobe, Beirut, Dubai, Rio De Janeiro, Sao Paulo, and all over Europe.

In 1994 he began running “Deep Funk” every Friday night at Madame Jo Jo’s in Soho. A night that he successfully ran for eighteen years, and the night that transformed that venue into one of the capital’s most popular. In 2004 he began “Lost and Found” on Saturday nights at the same venue, and that night stayed packed until 2012, when he emigrated to the Philippines. These nights lasted so long because of Keb’s drive to constantly find new discoveries in order to keep the music fresh and exciting.

He has compiled 29 albums of rare 45’s from the fifties, sixties, and seventies. Most he did with BBE records, but he also runs the New York based Kay Dee record label with Kenny Dope (Masters at Work), works with Beams records in Japan, and Do Right music in Canada.

He has partnered up with the likes of Paul Weller (Jam), RZA (Wu Tang Clan), Cut Chemist (Jurassic Five), Kenny Dope (Masters at Work), Pete Rock, DJ Shadow, and Sharon Jones and the Dap Kings amongst others on these compilations.

He has also partnered up with Paul Weller, Jazzy Jeff, Masters at Work, DJ Shadow, Spinna, John Peel, Cut Chemist, Sharon Jones, and many others for DJ tours around the globe.

In 2015 his show on Soho Radio won the Mixcloud award for best vintage music show worldwide.

Now he has settled back in the UK and has a new musical master plan. He reckons that the styles he played before have been copied that much by less adventurous DJ’s that the customers have been saturated by hearing the same tunes over and over for too long. He has in recent years been amassing a collection of rare sixties garage punk, raucous rockabilly and wild surf instrumentals. A sound that has avoided the general clubbing world, probably due to the rarity of the records. This mix has been working a treat mainly with the girls on his recent bookings. “It gives them the feeling of being a wild, sexy rebel” he says, and he sees that given the right exposure this music will explode.

He already has a sixties garage compilation that he did with his old mate Cut Chemist released on BBE in 2017, and has two more lined up for release soon on BBE, plus one for Madlib’s own label.