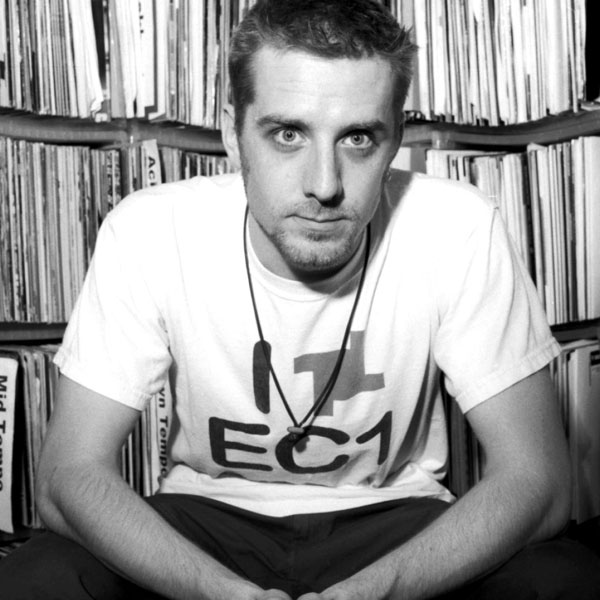 With an eclectic and varied music industry background spanning nearly two decades, Ali B has a broad sense of musical appreciation, coupled with an intuitive feel for the dance-floor which has seen him hold down DJ residencies at some of London’s most influential venues. After making his mark at the legendary Blue Note club in the mid nineties, he went on to become the resident DJ for Fabric for over a decade, releasing one of the first albums in their mix CD series. He has spent the last few years hosting Saturday nights at West London’s ‘Paradise’ where his legendary 5 hour sets seamlessly take in everything from blues and funk to rock, soul, dub, disco and beyond, captured on his ever popular series of ‘Oh Shit!’ mix tapes.

Ali B has released a variety of tracks, remixes and mix albums and as an artist extensively toured the world. His latest projects include ‘Ali B Plays The Blues’, the world’s first ‘beat-mixed’ classic blues compilation, highly praised by the Guardian upon its release in January 2016, and ‘Gimme That’ his second collaboration with US hip hop legends Jungle Brothers. Released in May 2016 on A-Skillz’ Jam City label, the track was immediately play-listed by the BBC.

Ali B spent his teens working for the Acid Jazz record label followed by several years in Public Relations, representing the likes of Gilles Peterson, Norman Jay and Pete Tong. He went on to host a weekly radio show on Capital FM for five years followed by five years on Kiss FM, alongside numerous appearances on BBC 6 Music.

When Ali B’s Air parties started in the mid nineties, they were instrumental in pioneering the worldwide breaks scene, running at venues across London, including The Blue Note, 333, Mass, Electrowerkz, Rhythm Factory, Cargo and Matter as well as hosting arenas at festivals such as Glastonbury, Global Gathering, Hi-Fi and Australia’s Future Music Festival.

Ali B is widely regarded as the DJs DJ, as comfortable at the controls of clubs such as Fabric playing a heady mix of cutting edge bass and beats as he is digging for 45’s to play one of his exclusive party sets. Over the last few years he has been spending increasing amounts of time abroad, often basing himself for months at a time in places such as Canada, US, Africa and Australia in order to soak up new sounds and scenes. Ali B is often the go-to DJ for high profile events including London’s Summer Olympics, Abbey Road Studios with Mark Ronson, Mick Hucknall’s 50’th birthday party and Gary Barlow’s wedding anniversary. He has even DJ’d on the set of US sitcom ‘Friends’. Ali B is happiest travelling the world and seeking out intrepid party locations such as Afrikaburn in the Karoo desert, Burning Man in the US or Lake Of Stars in Malawi, catch him while you can…