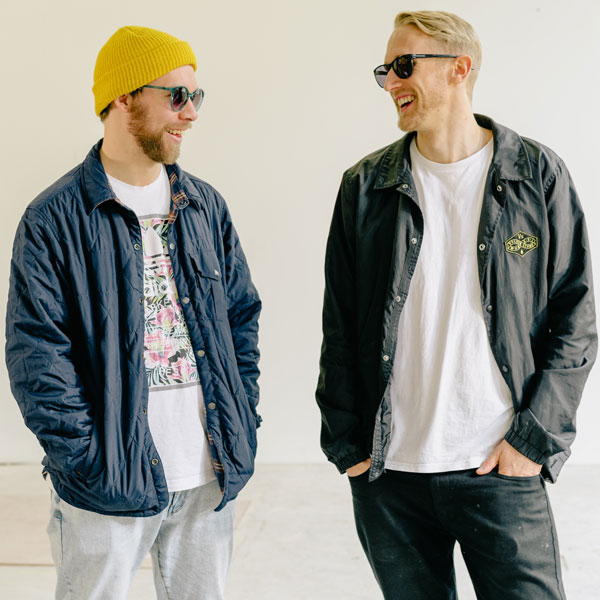 “Ones to watch” and “Dancefloor-friendly party rockers” are just two of the credits awarded to Glasgow duo Shaka Loves You.

Originally hailing from the Highlands of Scotland, Jamie & Marty met in 2011 while working as ski & snowboard instructors. Since then, the SLY boys have worked tirelessly to grow and gain support from both fans and world class acts alike.

Their eclectic sets have seen them booked to play alongside a wide range of international stars. From hip-hop heavyweights Jazzy Jeff, De La Soul and Chali 2na of Jurassic 5, through to funk and disco legends George Clinton & Parliament, The Jacksons, Craig Charles, Joey Negro, Mr Scruff & The Reflex.

As well as hometown residencies, SLY have packed out clubs from Athens to Amsterdam with regular festival appearances up & down the UK. Add Canadian, New Zealand & European tours to this and you get an idea of how in-demand they are.

Legendary broadcaster and TV star Craig Charles is a self-confessed huge fan and included the boys in his Funk and Soul Show’s ‘Ones to watch’ list two years running. He also regularly supports SLY’s tracks on both his BBC Radio 2 & BBC6 Music shows.

One such track; ‘Boogie’ featured the vocal talents of legendary rapper Fullee Love aka Soup from Jurassic 5.

The second track from that release; ‘Disco Weapon’ has also pricked up the ears of the international disco community. Ministry of Sound included it on their Apple Music nu-disco playlist, Defected records head honcho Simon Dunmore placed it in his Beatport chart and Melvo Baptiste gave it a spin on the Glitterbox radio show. It also received play and support from Seamus Haji & The Shapeshifters amongst many others.

After a chance meeting backstage at Bestival, the boys were asked to curate a show for the respected London based Soho Radio. Their monthly Joints n’ Jams show is a firm favourite with listeners and has attracted guests including DJ Yoda, Mark Rae, Mighty Mouse & Krafty Kuts.

As well as musical success, SLY can add national TV to their list of achievements. Channel 5 came knocking at the SLY door and the boys were asked to appear as special guests on The Gadget Show in their ‘touring tech’ episode.