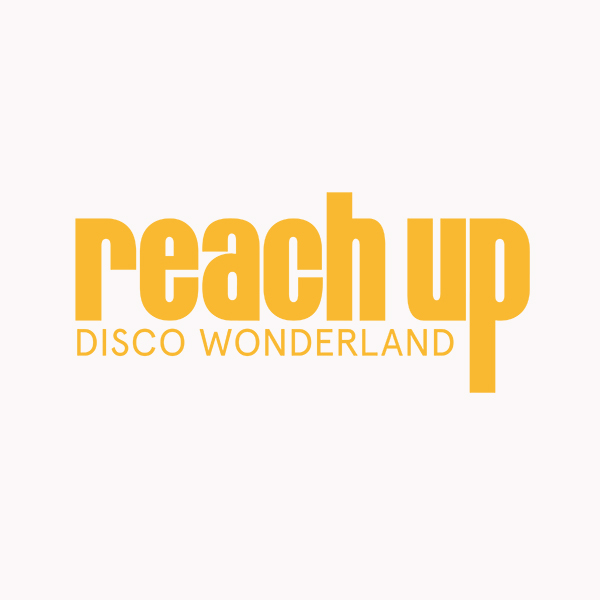 DJ Andy Smith and Nick Halkes ( aka Nick Reach Up) drop 80s disco, boogie and proto house, evoking the spirit of legendary NYC clubs such as Paradise Garage and Studio 54. They’ll dip into the rich soundtrack that emerged as the 70s turned into the 80s forming the DNA of today’s club music and mesh the set with the freshest productions, remixes and re-edits that they have sourced or can find!

As schooldays best friends Andy and Nick ran a mobile disco together and hunted for bargain 12 inch vinyl in their childhood home town of Portishead near Bristol. At this point they had no idea that Andy would supply beats and tour the world with Portishead before becoming one of the top 100 djs in the world nor that Nick would go on to set up the XL and Positiva labels becoming one of the UKs most respected dance and electronic music industry executives.

Reach Up launched more than five years ago at London basement venue The Waiting Rooms and soon after appeared at Carl Cox’s night at Space, Ibiza where they played for three seasons on the bounce and then also began packing out their monthly London residency at Peckham’s South London Soul Train (hostedat the legendary Bussey Building).

The chaps 2018 Summer festival tour took in Bestival, Boardmasters, Eastern Electrics, Kendall Calling, Bluedot and an 8 hour take over at Festival No6. 2019 and 2020 saw them spread the good vibes in Lisbon, Berlin and back out on the festival circuit at Shindig, Beautiful Days and beyond. And as if that wasn’t enough to impress then their raft of releases certainly is.

Following the 2017 release of the Reach Up Disco Wonderland compilation on the renowned BBE Records, Volume 2 was released in 2019. Andy and Nick’s re-edits of two tracks on the 2017 Reach Up Disco Wonderland comp were just the start. Nick’s collaboration with Full Intention, both to release original music on Midnight Riot and remix State of the Nation feat the Jungle Brothers, gained support from Purple Disco Machine, Dimitri from Paris and Roger Sanchez.From there a chart topping Nick Reach Up remix of Hideaway by De’lacey followed and a Nick Reach Up collab with Birdee and vocal legend Barbara Tucker that scored coveted daytime Radio One play in the UK whilst hitting top 3 on Traxsource. An invitation to remix Mel C took the Nick Reach Up sound into new territory whilst a rework of Body Work by Hot Streak also took off.Most recently Nick was approached to remixthe Kylie single Magic taken from her album appropriately entitled ‘Disco’ and in October 2020 had 4 remixes of his simultaneously in the Music Week Upfront Top 20. In the time that all this was happening amongst other achievements Andys re-edit of Will Sessions & Amp Fiddler feat. Dames Brown –Lost Without You notched up a tune of the month accolade in Mixmag.

Despite having much to look backon Reach Up’s monthly radio show on the award-winning Soho Radio features regular guest mixes from the likes of Full Intention, Jumpin’ Jack Frost, Young Pulse, Danny Rampling and more showcasing the hottest new music along with classic and more hidden gems from back in the day. Despite knowing each other for decades maybe this is still just the start for Nick and Andys Reach Up Disco Wonderland adventure?!