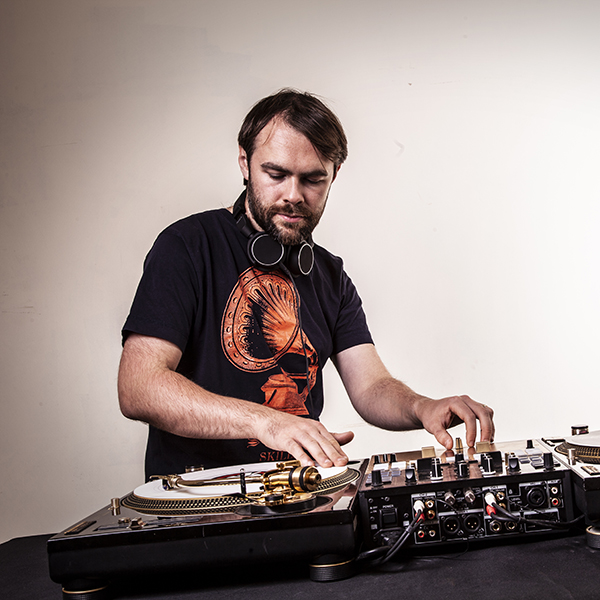 Mr Switch aka Anthony Culverwell is one of the most accomplished & talented DJs ever to come out of the UK – as a 4 times World DJ Champion, 7 times UK champion, and the first DJ in history to have performed at the BBC Proms, he’s achieved a lot more than most!

Initially known as DJ Switch, Anthony won his first world championship – the DMC Battle For World Supremacy – in 2008, aged just 19. He successfully defended the title for 3 years running (2008, 2009 and 2010) – the first DJ ever to do so. After changing his stage name to Mr Switch, he returned to the battle scene one final time to win the title of DMC World DJ Champion in 2014.

Always looking to explore what is possible with turntables, Mr Switch entered the world of classical music when he was offered the chance to perform Gabriel Prokofiev’s “Concerto For Turntables”. The piece of music features a DJ as the soloist with a traditional orchestra, scratching classical sounds taken exclusively from the orchestra (strings, brass, percussion, etc.), and melding the worlds of hip hop & classical.

Since debuting the piece at the BBC Proms in 2011 – and becoming the first ever DJ to perform there – he has played the piece more than 70 times, and performed as a classical soloist across 20 different countries. This has led to numerous spinoff projects – including several new pieces written by Prokofiev for Switch, and Mr Switch’s own orchestral group “Symphonica”, which fuses classical music with dancefloor destroying beats & Switch’s scratch skills.

But Mr Switch is not just renowned for his technical wizardry… He is an expert party-rocker, who spins multiple music genres & always entertains the audience. He has spun tunes in every conceivable kind of music venue, collaborated with a full variety of musicians, and played in a literal A-Z of countries around the world. A favourite at festivals, Switch has performed closing DJ sets at Bestival, Shambala and Glastonbury. Radio credits include DJ mixes & performances for Radio 1, 1Xtra, Kiss FM & BBC Asian Network. Numerous TV appearances include BBC Breakfast, Go For It (ITV), I’ve Never Seen Star Wars (BBC) & Blue Peter.

DJ Mr Switch marks himself out from other DJs as being truly one-of-a-kind. Known worldwide for his astonishing scratch skills, multi-genre mastery, party-rocking vibes & unique versatility, he is able to take any challenge thrown at him.