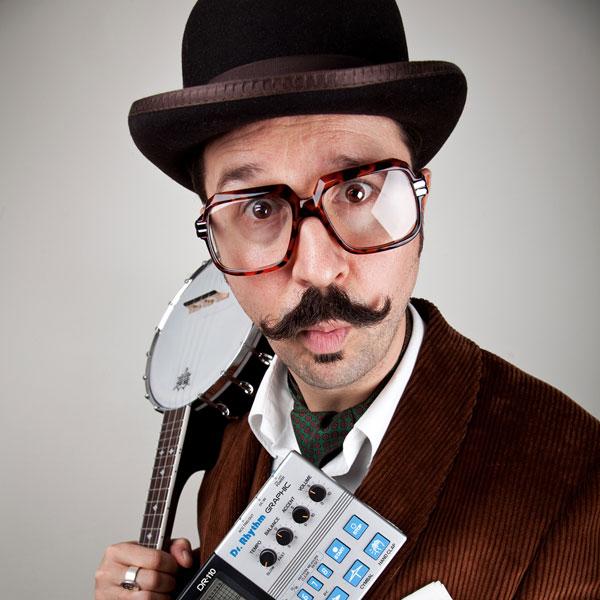 On a one-man mission to introduce Hip-Hop to the Queen’s English, Mr. B is delighted to present Chap-Hop.

Having spent the best part of a decade bringing some manners back to popular culture, this dopest of fellows will entertain and amuse you with his ingenious stylings.

Aiming to dazzle with dignity, Mr. B takes to the stage with his Banjolele and stiff upper lip to perform ditties of pipe-smoking, high society, Cricket and sexual misadventure, as well as some more well-known pieces from the world of Hip-Hop, re-worked in true Chap-Hop fashion.

Mr.B has fast gained a reputation as an eloquent and entertaining live performer, playing recitals across the UK and into Johnny Continent for the past two years from the Glastonbury Festival to club NME in Paris, from the club in Surrey to the Edinburgh fringe. His recent video ‘Chap-Hop history’ received over 100,000 hits in its first week on youtube. He has just guested on banjolele and vocals on US nerdcore rapper MC Frontalot’s album ‘Zero Day’.

His debut long player ‘Flattery Not Included’ is available via www.gentlemanrhymer.com now and his second, ‘I Say!’ will be available in December, once launched at the Chap magazine’s second Grand Anarcho Dandyist Ball.